I’ve been wanting to try one of these ever since I started getting into the whole Korean skincare routines because I knew that these brushes make huge difference. But it was just way too expensive for me. This set is freaking $120 dollars which is simply too much for me. But Wishtrend was having sale for this for only $48! And that is huge difference. Of course you have to pay the shipping (for me it was $10) but still, it’s a great deal for the 3D Spin Cleaner + blackhead brush + Vita Capsule Cleanser.

Okay so let’s start with the 3D Spin Cleaner itself. The box is quite big to be honest tho the device isn’t. 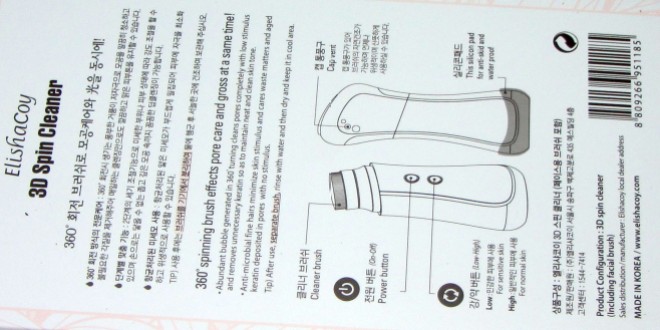 I was honestly disappointed when I received it and found out it spins only one direction because when I read other review, you could change both directions and speeds. But in my Cleaner I can change only the speed (low and high). The device is quite small which is good. It’s easy to use, you basically have only two buttons – turn on/off and speed. It’s for 2 AA batteries that come in the package so that’s great. I honestly don’t mind batteries, I actually like them more than cord or whatever because when you buy rechargeable batteries, it’s quite good, they don’t loose the lifetime and if they do, you just buy new ones. But for example when I read Clarisonic review, the girl said that the battery life in the device gets smaller and smaller with every use. So the batteries are a plus for me.

The only bad thing about the device is how the bottom ‘seals’ or what it’s called. You can see the rubber thing on the bottom? It covers the part where you put the batteries. But as much as I try, this rubber thing just keeps getting loose and the water gets under it. When I opened the battery casing, on the metal part I could see how the batter started becoming kind of rusty under one of the butteries. I could easily wipe it off with tissue but for now, I don’t use the device in shower or just don’t wash the brush while it’s on the device. I just take it off and try to protect it from water as much as I can. 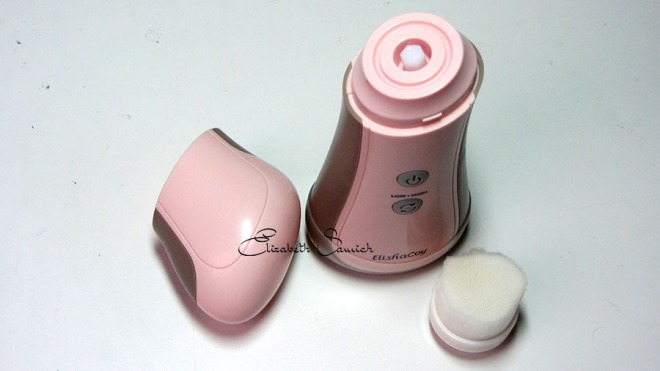 The brush is REALLY soft. On the skin it feels really nice, it doesn’t really irritate the skin, even when I have quite sensitive complexion. However I don’t have extremely sensitive so if you do, just use the low speed settings (they recommend it) which I use for around my nose.

Now the blackhead brush. It’s a lot stiffer than the regular brush but it still doesn’t irritate any part of my skin (well it irritated the part around my nose where I have these stupid white dots that aren’t whiteheads, I think they’re called milia? Not sure tho). However please, PLEASE don’t go with this brush near your eye area. Even when they say this brush is for smaller parts of your face, DON’T. I once did it and it slid into my eye and irritated the skin so a light layer of the skin inside of my eye started peeling off and it hurt as hell for like an hour, if not more. Besides that the brush is really great, it does take out the blackheads and cleans the skin nicely (I don’t really have many blackdots tbh).

Also once in a time, I clean the brushes with warm water and anti bacterial soap. You don’t have to do this but I do, just in case.

Now to talk about the cleanser that is recommended to use – Vita Capsule Cleanser. I really don’t like it. Yes, it does remove all the makeup (however don’t use it on your eye makeup, the regular brush feels okay but I feel that it’s pulling out my lashes and the cleanser just hurts when it gets into my eyes, it does remove the eye makeup but it’s a no for me) but it smells really bad. And when I rinse my face, it feels almost like a rubber. And I don’t know why but I don’t like it at all. So I use this, since I already have it, but if you have your favourite cleansing foam, just use that one (I use this brush with my Skinfood’s Green Tea Bubble Cleansing Foam), it will work just fine. 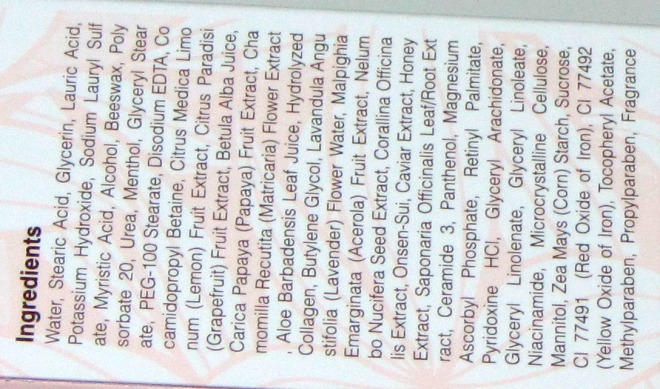 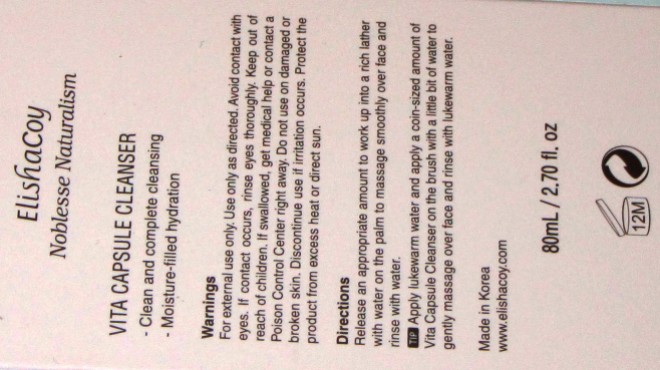 Hope you found this helpful 🙂

My name is Ellie and I’m an IT support in one European beauty e-shop. I have many hobbies – physics, bullet journalling, coding in Python, book-binding, playing games (D2, R6, OW, …), and of course makeup.